The pension freedom news is a good thing for over 55s, but even if you’re not in this category yet it doesn’t hurt to think about all of your options. Now, if you’re already approaching the pension stage, you need to think about not just how you’ll live, but backup plans designed to keep your life running smoothly. Believe it or not, a lasting power of attorney is one of those backup plans. Look, I know that no one wants to think about the day where they might be too sick to even realise what day of the year it is or who they are, but it could happen. Dementia is a silent thief that slowly robs you until you’re just not sure of anything anymore. It’s tragic, but it does happen more often than I’d like to see.

Instead of being locked up in one of those annuities, you can pursue an income drawdown scheme. They’re very good for pensioners because you can basically just tap your money as you need it, instead of trying to pull out some big lump sum. It’s easier to manage when you pull out just a little at a time as well. 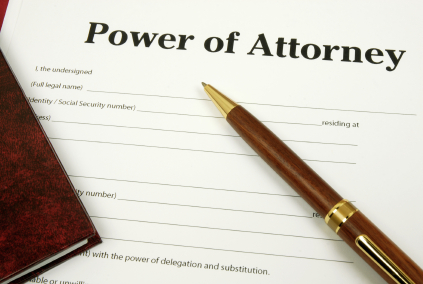 Yet here’s the big million-pound question: what do you do if you get severely sick during the drawdown phase? Well, if you don’t plan for this possibility, your loved ones will have to fight in court for the rights that they should have been given in the first place by you. That’s right: you have the power to make things easier for everyone around you to take care of you, if only you’ll set things up.

The power comes from a lasting power of attorney, which gives your loved ones the legal right to determine how to manage your money. If you’re too sick to do it yourself, why wouldn’t you want your money handled by people that know you and therefore would know your wishes better than an impartial magistrate that’s most likely had to deal with a dozen cases just like yours? It all starts to look the same, don’t you think?

You can appoint someone to handle the drawdown, and it’s important that you appoint someone who would act in your best interests. Some of the biggest worries about a power of attorney deal is that it could indeed give power to someone that could turn around and mistreat you. But this is not a good time to assume that everyone wishes you harm. Surely there are family members that want nothing but the best for you, and they would strive to fulfill your wishes. That’s who you should think about giving lasting power of attorney to.

Like anything else legal, you need to ensure that you’re executing things the right way. Maybe I’m biased, but I am not for the DIY approach to legal affairs. Getting a solicitor to sort things out is well worth the investment. It may cost more, but it helps close any loopholes you haven’t considered and it would spell things out clearly.

Think that you’re covered because you’re married? You have been misinformed. Your spouse would need to have specific wording allowing them to make these decisions. Simply being married is no longer enough.

Even if it were, do you want to run the risk of someone else coming along to challenge your spouse? An LPA is great because it’s harder to challenge. If you set it up well before you fall ill, then the odds of it being successfully challenged in court are extremely slim.

Getting a solicitor to handle it makes challenges even less likely. It’s their job to make sure that things are prepared properly, after all. It wouldn’t make sense to invest in a solid solicitor if they weren’t going to implement anything the right way.

A lot of people don’t think about the LPA arrangement, and then it’s too late to set anything up because you’re already extremely sick. Do it now, while it’s on your mind. Do it while you know you want that peace of mind. Talk it over with the person that you wish to appoint so that they know exactly what is expected of them.

If you’re going to go in this direction, it’s important that you take precautions. For example, you don’t want to leave anything open for interpretation. If you mean one person, then you need to spell that out. In addition, you don’t want to leave other areas up for debate. This is where a solicitor can walk you through the most common paths of communication because they’ve handled a bunch of LPAs. If you try to do it yourself, you don’t have any of this experience and therefore increase the chances of problems down the road.

These tips are designed as general legal advice. If you want more specifics, please consult the Government guide on lasting power of attorney, and contact a solicitor.