Once you’ve had a car for a few years, it becomes almost impossible to imagine a life without it. The convenience of travelling from A to B, without the dictates of unreliable public transport, is all something we take for granted. It becomes such a large part of our lives that we start to see it as a right. One look at the law will tell you that it’s nothing but a luxury; a privilege that can be easily revoked.

So how do you go about losing your licence, and how can you avoid such a potentiality? Most driving offences include a risk of disqualification, but let’s take a closer look at the facts.

You’ve somehow managed to defeat the gruelling driving examinations and have come out the other side victorious. However, it may be a little too early to celebrate.

New drivers are closely watched by the law and are heavily dissuaded from getting behind the wheel in the first place, with extortionate insurance prices. Committing a traffic offence within your first few years of driving could easily result in you losing your licence altogether. By law, if you collect six penalty points within two years, your licence is automatically revoked.

Yes, that means a period of disqualification, followed by having to take your tests again. Ain’t nobody got time for that. 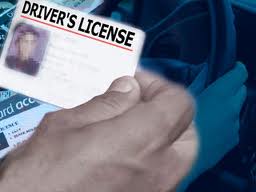 This is one collection you don’t want on your record: penalty points. For motorists who have miraculously escaped their formative driving years without a scratch, your licence can be disqualified if you amass more than 12 penalty points within 3 years.

If this is your first disqualification, you can expect to be off the road for 6 months. Second time, 12 months. Third time, 2 years.

If you’re disqualified for more than 56 days, you will have to apply for another driving licence before you start using your car again. In more extreme cases, you will need to retake your test. If your disqualification lasts for less than 56 days, your licence will be stamped and returned to you.

You can ask to have your disqualification period reduced, by applying to the Driver and Vehicle Licensing Agency (DVLA) in writing. For bans lasting for more than two years, you can apply to have your disqualification term reduced to 2 years. For periods between 4 and 10 years, you can ask for the sentence to be halved. You should provide reasons as to why you should be reconsidered.

For further advice and support in a motoring claim, click here for an experienced motoring solicitor team