Some people are predestined for greatness. From an early age, they exhibit a precocity and determination that separates them from their peers. Their life story is a series of awe-inspiring milestones.

Preeminent trial lawyer Morgan Chu did not come by success this way. He was more of a late-bloomer, having traversed a different route to earn five degrees from three of the country’s top universities. His is an intriguing story of a high school dropout from a family of hard-driving, academic high-achievers who finally realized that law was his passion. 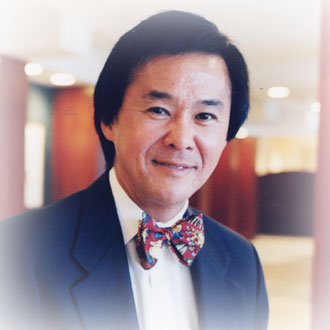 Even without finishing high school, Morgan Chu was admitted to the University of California at Los Angeles where he managed to earn a Bachelor of Arts in 1971. He went on to graduate school in the same campus and earned a Master of Arts in Interdisciplinary Social Sciences 1972 and a Doctor of Philosophy in the same field in 1973.

In 1974, Chu earned a Master of Studies in Law degree from no less than Yale University. Studying law at Yale whetted his appetite for greater involvement in the legal process, so he gained admittance to Harvard Law School where he earned his Juris Doctor in 1976 graduating with high honors.

Career as a Lawyer

Fresh out of Harvard, Morgan Chu clerked for Appellate Judge Charles M. Merril of the Ninth Circuit Court, United States Court of Appeals. In 1977, he joined Irell & Manella, a Los Angeles-based law firm where he was made partner within five years. Morgan Chu was elevated to managing partner in 1997, a position he held for two terms until 2003. He is among the first Asian-American lawyers to earn managing partner status of at a major law firm.

Chu earned his reputation as an engaging and thorough trial lawyer while handling many high-profile cases, most of which involved technology companies. He is a trailblazer in intellectual property litigation.

In 2002, Chu wrangled a $500 million jury verdict form Genentech in favor of his client, City of Hope, a cancer care and research center. He repeated this success in the case of Stac Electronics versus Microsoft where the jury awarded $129 million to the plaintiff.

As co-counsel in Texas Instruments versus Samsung, Chu is credited for the $1 billion judgment in favor of plaintiff. He has also gone up against electronics giant Sony in Immersion versus Sony. The case was resolved with Sony paying $150 million. In yet another thrilling technology takedown, Chu won a $74 million verdict and permanent injunction against EchoStar in TiVo versus EchoStar.

He was also counsel for defendant Candle Corporation in a patent infringement lawsuit. Chu proved to the jury that plaintiff Boole and Babbage did not have a valid patent due to inequitable conduct. The jury came back with a unanimous verdict in favor of the defendant.

He has collected many awards for his body of work through the years, all of which add up to demonstrate that Morgan Chu is an upstanding citizen and an exemplary lawyer worthy of being recognized as a Chinese-American hero.